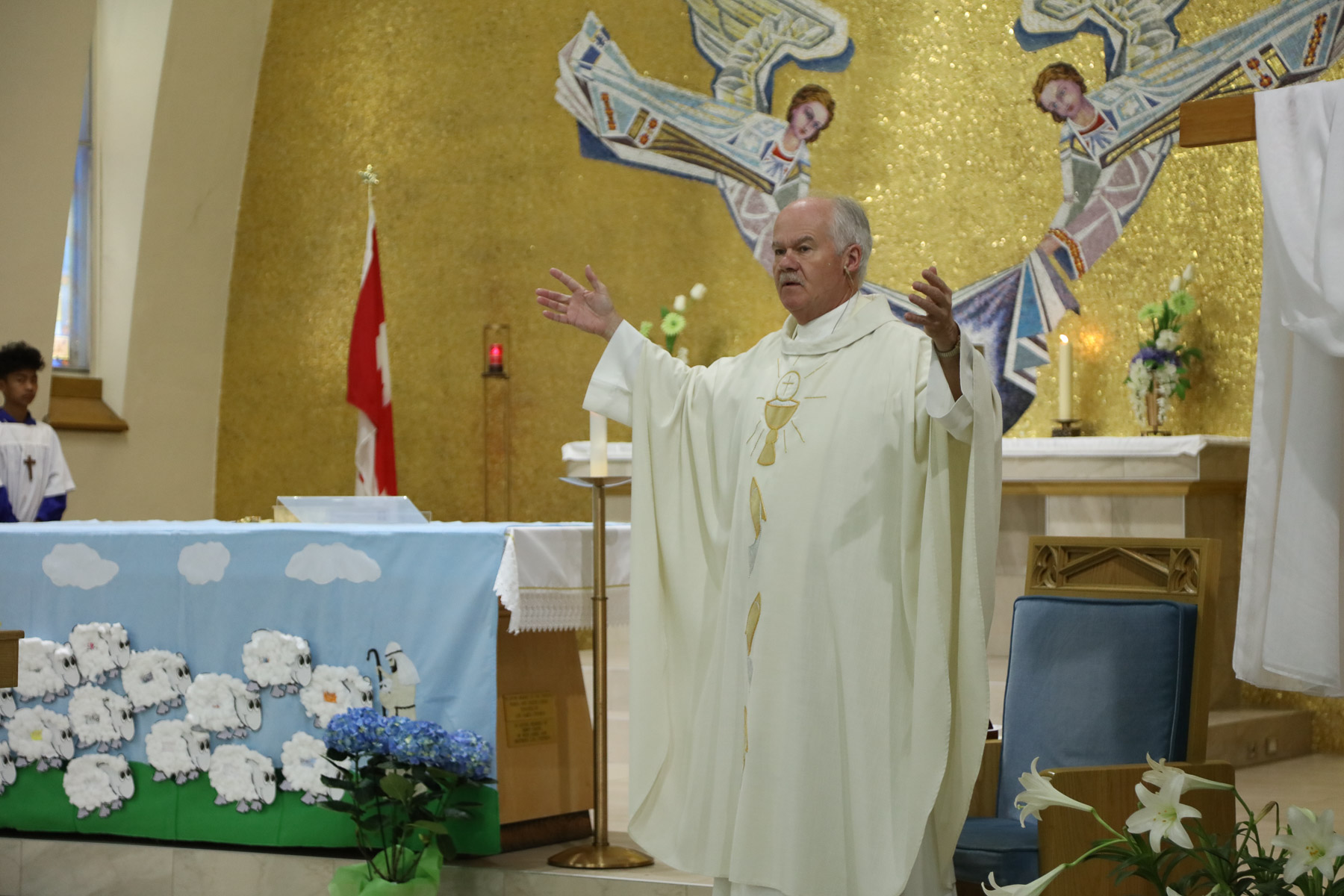 A short while ago I’m sure a lot of you tuned into the inauguration of Joe  Biden as president of the United States. We recognize that in some ways he is a  “wounded healer”, a quote of Henri Nourwen. His suffering in the past was an opportunity to grow and the president noted that “healing requires remembering”.

Job, in the 1st reading today had to recall time and again that God was with  him in his suffering and losses. God does not punish people with sickness who sin. One of the messages of the book is that sickness is part of the human experience. As Job grows in the awareness, the healing process begins. However, though not in Job’s situation, one can bring emotional pain upon oneself by decision he or she  makes. The crucifixion of Jesus is the ultimate argument against the idea that  innocence provides us with a buffer against pain.

I’d like to leave you with a true story that happened during the Vietnam War:

In the Vietnam War, some stray artillery rounds landed in an orphanage,  wounding several children. One was a nine-year old girl who lost a lot of blood. Word quickly reached nearby American forces and they dispatched a Navy doctor  and nurse to help the children. They went to work first on the young girl who was  in shock and needed an immediate blood transfusion to save her life.

To get a donor, the doctor and nurse called together a group of unharmed  children, and in their stumbling Vietnamese and limited French they explained to  the orphans that someone would have to give blood to help save the little girl’s life.

At first nothing but silence and stares came from the frightened youngsters.  Then a small hand went up in jumpy hesitation, then down again, then up again, the  hand of a little boy, age ten.

The nurse quickly asked his name. “Heng”, he replied in a whisper. He was placed on a cot: his blood quickly drawn for a compatibility test, which it passed; then the transfusion started from him to the little girl.

But Heng soon broke into crying that grew into deep sobs. “Is it hurting,  Heng?” asked the nurse. He shook his head no but went into deeper sobs and began  to shake. Soon he was into a flood of tears.

The medical team became nervous. Something was wrong. At that moment, a Vietnamese nurse arrived on the scene.

She quickly spoke to Heng in his own language, engaging him in rapid fire dialogue. After answering several sobbing questions, she whispered softly to him.  Then he became calm and his crying faded away.

Turning to the American medics, the nurse said in subdued tones, “He thought he was going to die. He had the impression that you needed all his blood, and that he would have to die to help save the little girl’s life.”

The shocked doctor asked, “How could he possibly have the guts to do that?” The Vietnamese nurse turned and asked the little fellow.

He answered simply, “Because she is my friend.”

“Greater love than this no man has: to lay down one’s life for one’s friend.”