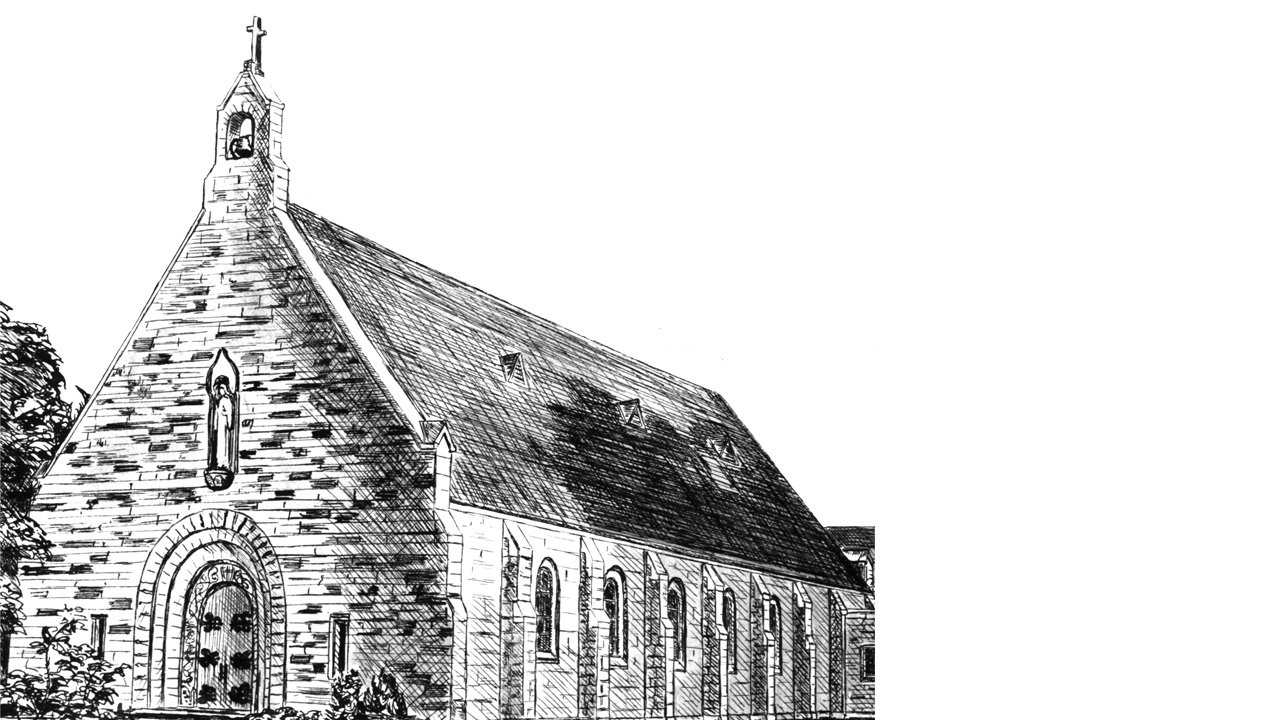 “By these presents you are officially appointed Pastor of the parish of the Sacred Heart of Jesus, Mountain Park Avenue, Hamilton, and about to take charge of same not later than Sunday the 18th. of September 1921. On that day you will announce this appointment to your congregation.”

Sacred Heart was the first parish on Hamilton Mountain, but had a mission in St. Joseph’s Church, Binbrook. Sacred Heart church then was a small, white frame building sitting where the current parking lot is located. The rectory was donated by the bishop and sat on the lot where the church is now. Sacred Heart had 40 families and St. Joseph’s 15, but the drive to worship and to honour Jesus was strong as it is today. This small group of families saw to the expansion of the parish school and had a lively parish life. Parish picnics at Mountain Park, Hallowe’en masquerades for the children, children’s concerts along with hay rides and sleigh rides, depending on the season, at Lane’s farm on Upper Gage joined the small, but growing congregation into a community with a heart. Parish life blended with spirituality in First Communions, May crownings and music led by the organist Marie Fish. For Requiem Masses, Fr. Kirby called upon two parish children to sing the chants, Helen Jamieson and Jack Donelson, families still associated with Sacred Heart.

This was the beginning. After the Second World War, population on the mountain exploded and by the early 50s a new church building was a necessity. The new church opened in 1952. A post war shortage of steel meant that the interior frames were of laminated wood, while the outside was stone crafted by local stonemasons, then common in Hamilton. There were four Sunday Masses in a day and age when there were no Saturday evening Masses. These were complemented by two daily Masses. The stained glass windows were made in Germany and installed in 1955. The original 40 families of the parish had now expanded to 460, served by Fr. Ryan and two curates and Fr. Ryan’s dog, ‘Duke’. Throughout this period, new parishes were created from the former territory of Sacred Heart but still leaving a large number of families still within parish bounds.